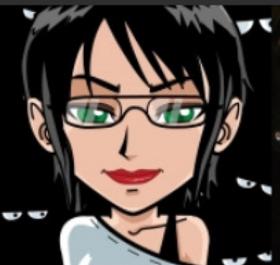 dragon
“The problem with meeting at Maxim’s in Paris is that I have no idea what Maxim’s looks like and it gets very turn of the century when I try to imagine it.”
(sigh)
“Don’t snort. It’s … “

Straker
“Hmm. That probably explains a lt.”
(looking around at the chandeliers, white table clothes and attentive, well dressed waiters)
“The period suits you.”

Straker
“I was thinking the gowns.”

dragon
“You’re laughing at me again”

Straker
“Perhaps, a little. If not Maxim’s, where?”

dragon
“Good. Fitzgerald’s I can do.”

(scene shift to a positive barn of a restaurant, mingled upper crust and middle class and anyone else who likes good sea food. Tables are wooden, worn and bare. Most of them have parties seated around them digging into heaping platters of boiled shrimp, crawdads, fried crab and the occasional lobster.) 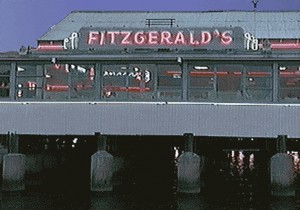 dragon
“Do you mind if I do this?”
(waggles menu)

Straker
“Any water will do.”
(remembering a time when a glass of Perrier became an issue … Caleb)

Straker (looking around)
“Exactly “when” are we?”

dragon
“Early 70s. Fitzgerald’s apparently went under when Hurricane Georges came through.
The problem with building a restaurant on pilings over a lake …
I only got to come a couple of times, but the food … “

(food arrives. Small plates with huge shrimp (oxymoron) and thick red sauce in a bowls, a serving platter heaped with crawdads (crayfish to those who don’t speak Louisiana), smaller plates with two fried blue crabs a piece (soft shelled so you can eat the whole thing) and two tall brown bottles labeled Falstaff, along with one 12 oz. Bottle of Perrier.)

Straker (regarding the brown bottle)
“Beer?”

dragon
“Local brewery. Wonderful, light stuff. You don’t have to drink it.”

Straker (taking a sip)
“It is light.”
(pops top on Perrier)

(silence for a minute and then the sound of footsteps approaching)

Croath (raised eyebrows)
“Certainly you didn’t think “he” was the only one who wanted a word with you.”

Straker
“It’s beginning to look like it. I’m Straker.”

Croath (measuring look, nods)
“I am aware of you. I am Croath, Second of the agressors. “

Croath
“Was this by invitation only?”
(smirk)
“I am not certain I care for the way this story is going.”

Straker (snorts)
“Does one ever? Losing, are you?”

Croath (haughty)
“Of course, not. You are a minor impediment.”
(a leetle snarly there)

dragon
“Gentlemen!”
(scowling at Croath)
“And I use the term loosely, here. What do you want?”

Straker
“Do they ever work out any other way?”

Croath
(picking up crawdad and looking at it oddly)
“You eat bait?”

dragon
“South Louisiana, Mr. Arrogance.”
(mock Cajun accent)
“If it don’t eat you first, it get et, non? Crawdads are good protein and good flavor.”
(cracking a tail and extracting the meat)
“Better than Lobster.”

Straker
“I beg to differ. But it is good.”

(sounds of cracking shells and eating)

Croath
“What is this liquid?”

dragon (surprised)
“Maybe aliens shouldn’t drink either. Did he just pass out?”

Straker (bemused)
“I believe so.”
(sound of bottle being retrieved)
“Not much alcohol in this.”

Straker
“So that’s what you imagine the opposition is like?”

dragon
“One version. Sometimes I like to make sense of things that don’t.”

Straker (nodding)
“Quite. You have quite an imagination. You said it ends well.”

dragon (nodding vigorously)
“It does. Possibly a little on the godly intervention side, but maybe not. It’s always darkest …”

dragon
“…before the dawn. Bathroom.”