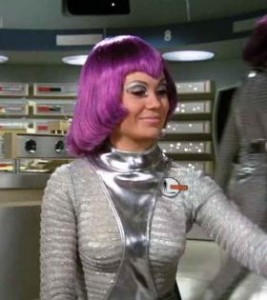 She was the last  to disembark, not hanging back deliberately, but not in such a desperate hurry to get out of the small compartment as the rest of the passengers. This was her favourite time in some ways, when everyone had left and she was here alone, looking out of the window. A chance to compose herself and readjust to this world. Everyone else chatting, pulling bags from overhead lockers, fastening jackets in anticipation.

Amazing, really, the things she missed. She used to think it would be stuff like window shopping and trying out new perfumes in Debenhams, buying a sandwich in Marks, going to the cinema with friends. The events that she would once have posted on Facebook. That was all in the past now. Far more important things filled her life, and the trivialities of social networking were unimportant. Just a few more passengers to disembark before she would be alone in the cabin.

The last one walked past her, shuffling his bag in front of him and holding onto the seat backs with one hand. It always took time to reacclimatise to full gravity. Joan Harrington looked out of the window, smiling at the sight of puddles and heavy spatters of rain. The one thing she really missed on the Moon? English weather.

Not the best night to pull a late shift, but someone had to do it. Ayshea yawned and looked around the Control Room. Busy as usual, the bright lights glinting off consoles and screens. She wasn’t used to working nights, preferring the daytime shift, but every once in a while she ended up here.

Straker had left, and Alec was hanging around finalising things before he too headed home. That was always the funny thing about the late shift. It didn’t seem ‘right’ somehow, with the two of them gone. The place felt empty. Oh, Colonel Lake, or Grey, or Foster, were here to cover any emergencies, but SHADO was Straker and Alec.

She never expected to feel that this was anything more than a job. An important job, yes, but that was all she ever intended when she enlisted. The military life had never attracted her, but SHADO was at the forefront of communications and that was her speciality.

So, here she was. Lt Ayshea Johnson. Senior SHADO Communications Operative, working late at night in a secret underground bunker. And the silly thing about it was that these colleagues were now her family. She belonged here.