Pestis Buggerit Cuniculus, or as it is more commonly know, Plot Bunny, is a creature known to inhabit even the most hostile areas of the world. Antarctic Field camps, the deepest abysses of the oceans, the scorching deserts of Africa, wherever mankind goes, PB Cuniculus is there as well. There is no danger of this small, and sometimes timid, creature ever becoming extinct, as it adapts almost instantaneously to any surroundings, even to the airless craters of the Moon. However, keeping one of these creatures as a pet, or even to breed or show, can be a very difficult task, made harder by the animal’s tendency to wither away, or simply disappear, often without trace. But help is at hand. This comprehensive guide has been devised to give owners all the information necessary to turn your fledging plot bunny into a fully-grown adult.

Before you start looking for a PB of your own, it is important to know which breed would be most suitable for you. Here are some of the sub-species most popular to UFO fans, starting with those most frequently discovered:

These are all making a comeback though they do need very careful handling if they are not to cross-breed into PB Cuniculus Pornus, a most unattractive species, with very few redeeming features.

Of course, the dominant species, from which these are all descended, is PB Cuniculus Bishoperianus, well known to us all and a very natty variant which exhibits best when wearing spotted bow ties. 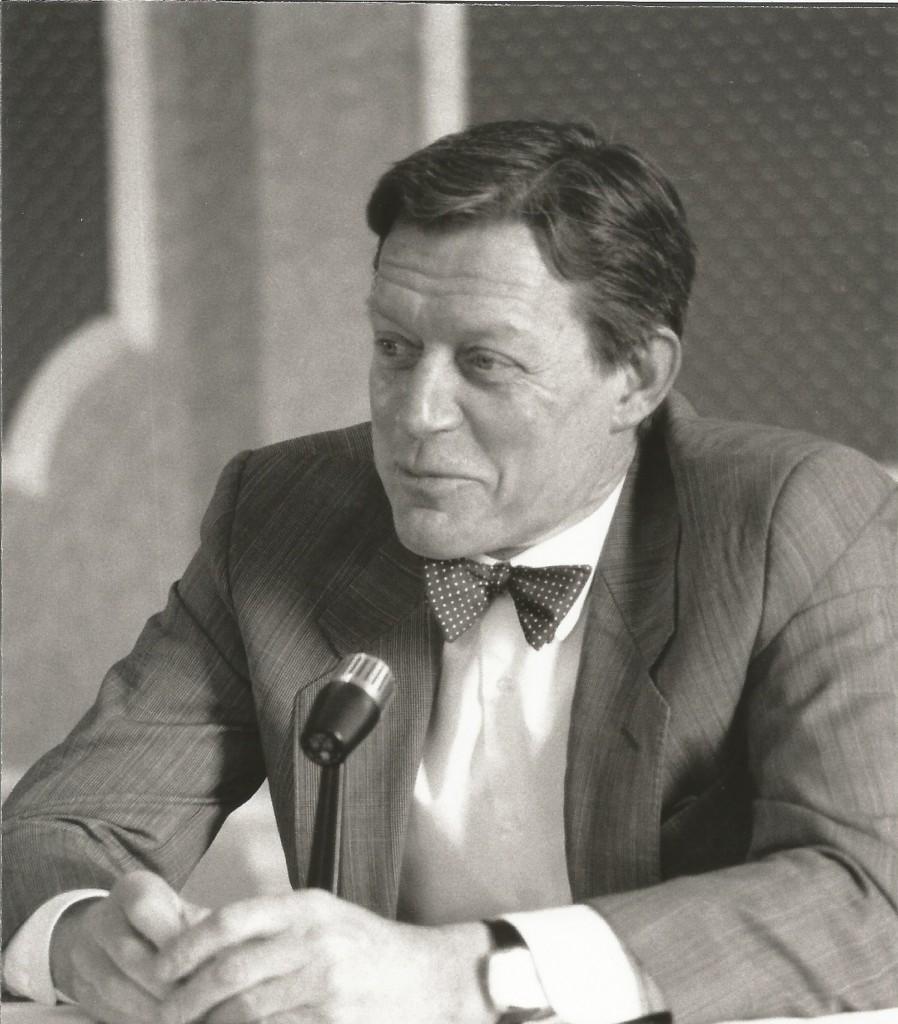 There are five main areas to consider before you decide to raise a PB Cuniculus.
1. Cost and time involved
2. Environment
3. Diet
4. Company
5. Health and Welfare
6. Showing

P.B. Cuniculus can be obtained at very little cost, in fact friends who have a surfeit may offer you several of theirs but these are very difficult to keep. Even the new-born will have developed their own preferences and ideas despite the fact that they appear young and embryonic, and taking on a half-developed plot bunny will only end in tears for all concerned. It is far better to wait for a plot bunny of your own to appear. That way you will be able to ‘imprint’ your own ideas straight away on the creature and you will have a much greater chance of successfully rearing it to adulthood. PBs can be found in the most surprising places; my much loved adult, Moonlight, and her offspring Breathless and Vodka, were discovered lurking in my car. Other PBs can be found while out walking, or even at the pub.

However, prospective owners should be warned that there is a sub-order of PB Cuniculus Generalis called PB Cuniculus Nightmarius, a beautifully attractive species with huge dark eyes and an endearing and very alluring appearance. Steer clear of this breed, they are the only truly nocturnal group and tend to be riddled with problems such as skeletal defects and worms and are quite impossible to rear despite their apparent good looks and initial promise.

The ‘time’ factor is another vital aspect to consider. Some PBs require minimal effort and are content with a few minutes a day, sometimes even less. These however, will never grow into sturdy pets worth showing. A good owner will spend as much time as possible with their PB – often as many as five hours a day, even more on some occasions.

PBs like to be nurtured and entertained. They need stimulation and conversation, as well as regular grooming and exercise. They are diurnal as a rule and do not hibernate unless they are very neglected, but a good PB will often disturb your sleep at the most awkward moments. It is one of the joys of ownership to be woken from a pleasant dream by your friendly daytime PB Cuniculus Strakeris who simply wants to play with you. Sometimes they will even bring a friend or two along with them.

Before you open your heart to a PB, think carefully. Can you really devote sufficient time to it? What happens to it when you go on holiday, or out for the evening? Some PBs can get aggressive if ignored in favour of young children or visiting relatives, and will be deliberately non-compliant after a period of neglect or disruption to their usual routine.

In recent years breeders have noticed a marked increase in the number of PBs. suffering from M.S.S. (Mary Sue Syndrome) This is evident early on, with the bunny exhibiting signs of amethyst eyes for example, or other unusual characteristics, such as unusual intelligence. Quite often this syndrome is overlooked by amateur breeders, who are quick to take on the PB, but the knowledgeable and experienced PB enthusiast will soon spot the tell-tale signs of poor development and an early end.

Most PBs will only thrive in an environment that gives them free rein to develop their full potential. Small cages or lack of sunlight and fresh air will not necessarily harm your PB, in fact some varieties, especially the sub-order PB Cuniculus Angstiis, need a confined situation and harsh treatment in order to grow, but all owners need to provide adequate space at some stage.

Some PBs, particularly the dwarf varieties, may reach full size in a matter of days, but there are others who mature more slowly, taking as long as a year, or even several years before they stop growing. A wise owner will provide a variety of environments for this subspecies, known as PB Cuniculus Novellicus and will not attempt to force the PB into premature maturity through a restricted habitat. Some PBs thrive best in a Scrivener, or a WriteItNow hutch, but any simple Word construction will suffice as long as there is sufficient space for movement.

Allow your PB to dictate its needs to you. It knows what it needs, and if you try to force it to behave unnaturally, it will not survive. What a PB wants above all is a loving home where people can allow it to live and grow, admired by visitors and given lots of praise.

PBs are among the easiest creatures to feed. They enjoy a wide-ranging diet of almost any vocabulary, though too many adverbs tend to give them indigestion, resulting in loose bowel movements and an unpleasant smell. The US variants prefer colored kibble, whereas Europeans like theirs in the centre of their bowls.

Feed your PB with fresh ideas, plenty of good punctuation and always use a spellchecker to ensure that they are in tip-top condition before exhibiting. Regular feeding is advised, but the rarer European varieties can gain an incredible amount of weight through a strict regime of erratic feeding, though this weight may need to be removed later. Personally, I find that a regular eating pattern with the occasional ‘fasting’ day, works very well for my own preferred sub-species of PB Cuniculus Strakeris Angstii.

Exclamation marks. These can sometimes be found in bags of poor quality or cheaper food. They are easily spotted and a careful owner will remove them before they get ingested. Eating several exclamation marks could result in an impacted gut, and an expensive trip to your veterinary surgeon.

Pleonasms. These are often mixed into the food in an attempt to bulk it out. They have little nutritional value and will only serve to give your PB wind and halitosis.

‘Suddenly’ This can crop up in the most carefully prepared diet. It is known to be particularly attractive to some PBs, but once in the gut it can multiply and produce the dreaded ‘All hell broke loose’ syndrome as well as bringing the PB out in a rash of exclamation marks.

Anything that claims to replace the tried and trusted ‘said’. There is no substitute for an honest old-fashioned recipe that provides exactly what your PB needs.

Some PBs prefer isolation, others like to have other PBs around them at all times. It is purely a matter of preference. If, however, you put several PBs together in a confined space, you run the risk of an outbreak of C-O (Cross-Over) disease which, although not fatal, certainly reduces the chance of your PB winning any awards or even being admired. So choose your companions well. It is best to stick to members of the same subspecies as well and not put PB Cuniculus Eroticus and PB Cuniculus Perversi together as this pairing often results in PB Cuniculus Pornus and will be rejected by Show Officials.

PB Cuniculus (all sub-species) are hardy creatures who can thrive under the harshest conditions if they know that they are loved. A few words, here and there, the occasional pat or cuddle while you wait for them to grow big enough to be properly handled, is all that is needed at first. The most important thing is to give them a name as soon as possible. Even a temporary name will suffice. You can change it later as they develop and certain characteristic features begin to emerge.

All PBs need some playtime though, and it is advisable to let them roam free on occasions. You can have hours of pleasure watching them make hiding places and then trying to evade capture when it is time for a cuddle. They are cunning little buggers at times and although some owners have tried to teach them tricks, most PBs obstinately refuse to do as ordered. They do not appreciate wearing a collar or being taken for walks.

A healthy PB likes nothing better than sitting in front of a crowd of admirers, with its hair neatly combed, its teeth polished to perfection and its eyes bright. And that is the joy of owning your own PB – being able to exhibit, once it is fully grown.

You may find that some PB Owners’ Clubs try to persuade you to rear your PB in a specific way. This can have disastrous consequences and although these clubs provide helpful advice and companionship (being an owner of PBs can be a lonely existence!), it is up to each individual as the best way to rear their own particular PB.

This is the aspiration of every PB owner; to win a prize at one of the prestigious PB Shows that take place all over the world. There are no financial rewards in showing PB Cuniculus Strakeris or its relation PB Cuniculus Bishoperianus, but there are many fans of the species and they are always delighted to have the opportunity to see new specimens.

Preparation for a Show is time-consuming, involving not just the immediate owner, but often other PB enthusiasts. This can be a time of great anxiety, as friends point out any small defects that you have not noticed. However, PBs are endlessly pliable and these minor difficulties can often be overcome.

Once you have found a Show to exhibit your PB there are several things to do. Firstly check that the Show will accept your particular sub-species (PB Cuniculus Slashnensis tends to have its own class in some shows and is not accepted by others), then you will need to ready your PB for transport. It is vital that great care is taken during this time.

Give your PB a small feed some hours before and ensure that it is ready, hair and tail clean, claws clipped and coat in perfect condition. Once you arrive, give him another check. It is easy for a PB to scratch itself or make a mess during the journey. Only take him out of his box once you are sure that he is in peak condition. Judges do not take kindly to having their time wasted in examining PB who are not up to the accepted Show Standard and word will spread among the community of dedicated PB Cuniculus Strakeris breeders.

Finally, once you have taken ownership of your PB Cuniculus Strakeris, you will have joined a rare group of people. Welcome to the club.