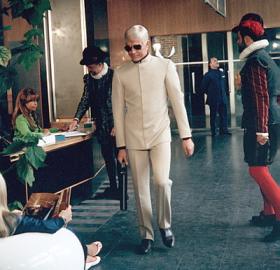 For a week the aliens had done nothing. They were out there planning something big, he could feel it, but as of yet, there was nothing at all. Thus he was spending a lot of time in his role as movie producer instead of SHADO Commander. He almost snerked at that thought, it sounded like a character in a mediocre sci fi movie.

As it was, he moved through the studio lots and soundstages to take a look at the newest production to grace their stages. It was some sort of fantasy rigmarole that Paul and Alec thought looked good, expensive, and probably not very profitable. Straker looked thoughtful at that. He really needed to get Henderson and the IAC to ease up on the restrictions. A couple of blockbusters would make the studio self-sufficient instead of a laughing stock. He might not find the making of movies very rewarding, but there was profit to be had and Harlington-Straker, to not look like it was a problem, really needed to start pulling its weight.

The red light signaling filming went off as he approached the sound stage. He stepped into the chaos of an active set nearly oversetting a young woman hovering near the door. She gasped and whirled to face him, nearly completing the job he’d started. He reached out a hand to steady her and realized she wasn’t really young, just youthful in her manner and dress.

She gave him a quick smile and whispered apology before turning back to the stage. Star-struck. He recognized the type and rolled his eyes slightly before recognizing the portly and self-important man bounding toward them burbling. The director, Jon Erdic Macleod, stopped in front of the woman and burbled some more, most of it film jargon Straker ignored as he watched the set being changed.

“Ah, Straker. Good to see you on set. Everyone tells me you’re a hard man to get ahold of once a production starts.” Jon held out a hand that Straker took and then released. “Come to see what we’re doing with the effects people?”

“Agatha Mavis,” she completed the introduction. “I’m the writer. And unpaid PA,” she added with a grin.

Writer. Maybe she had a right to be star struck then. “Pleasure to meet you.”

It seemed she regarded him sceptically for a moment before nodding. Jon broke in with a dozen comments that Ms. Mavis seemed to follow as she deflated slightly and nodded in agreement. “I’m sure you’re right,” she agreed as he moved on to confer with his 1st AD.

She laughed. “Well, I am aware that the writer’s vision tends to end when the book gets published. I got to consult on the script, which I appreciated as then I could let them know what I thought the most important points of the plot were. Doesn’t mean they agree. Doesn’t mean they pay any attention to me at all.”

“Then why are you here?”

She looked up at him then, really taking him in until he looked down at her. “You really don’t get it, do you?”

“Get what?” He’d missed something?

She waved a hand to indicate the stage and people. “You don’t see this as anything important,” she analyzed his disconnect. “Then why do you do it?”

He was surprised by the intensity of her scrutiny. ‘It’s my job.’ Didn’t seem adequate; yet it was the truth. “Why do you?” he turned the question back to her and was surprised to watch her face light up.

She looked back at the stage where they were getting ready to mangle her work, but it didn’t seem to really bother her. “A thousand years from now, presuming we don’t fall back into barbarism, these movies will be a part of the historical record. Just as we glean from Shakespeare who we were then, people will analyze our stories to see who we were.” She looked back at his snort of derision and gave him a wry smile. “Do you really think that all our storytelling has been laid out neatly? A hundred thousand years ago, around a campfire, night after night, the stories evolved, took on new meaning, matured in the hand of primal storytellers. Ever wonder what the tale of Isaiah was before they wrote it down? How rough was it at the first telling, the man or woman trembling at what they’d seen?”

Straker saw the wonder of that work through her eyes for a moment. “So this is modern campfire tales?” he asked.

“Isn’t it? The more disconnected we become from home, family, culture …” she turned back to the quieting scene before them. “Isn’t this taking the place of stories told or read by elders? Aren’t we recording our hopes, fears, hatreds, loves and heroics for posterity?”

“Celluloid is just one form of recording media. The rate computers are invading our lives I suspect that before the century is out, we’ll have other ways of recording movies just as we’ve moved from wax tubes to vinyl to tape for sound. Give a lasting media that doesn’t degrade easily, and even bad movies will be around. Isn’t a lot of news shot on tape now?” She looked confident in her estimation of the future.

“Wouldn’t it behoove us to make better movies?” But he could answer that himself. The best would surface, just as it did in literature, in music, on the battlefield, in life. Much of what current society held as classic had been entertainment for the masses in its day. “So you’re content for them to mangle your words?”

“No. Not content, but it’s what I will live with. A handful of people will watch what they make and seek out my book. They will see my words and interpret them for themselves. What I wrote will touch them and they will touch others … At least, I hope it will. I could be wrong, of course.” She turned a disturbingly open face to him. “So, why do you make movies?”

“Tempted to say the money is good. It is.”

“Quiet on the set!” the AD yelled.

Ms. Mavis turned her attention back to the shoot. When the scene was over, actually well done by the actors, Straker had slipped away as quiet as a ghost. 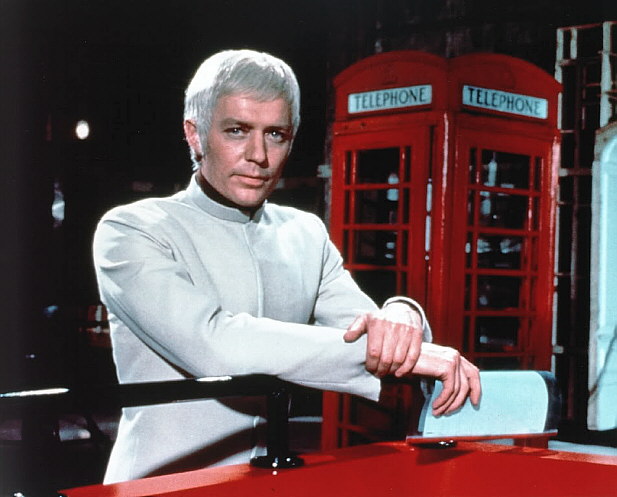 Authors Notes:
I’ve always wanted to take Ed to task for his attitude about the studio.

Not mine, not for profit. One shot.