1.
Paul Foster climbed into the jet. Jim, his co-pilot, started the check procedure. “Take off in two minutes.”

“Roger”, Foster murmured. He had an uncomfortable feeling while the test plane rolled into her start position.

“What’s the matter, Paul?” Jim asked while they waited for the take-off clearance from the tower.

“Don’t know, but … last night I had the nightmare of the UFO again.”

“Oh that”, his comrade answered with a faint smile. “I’ll believe in UFOs only after I’ve seen one with my own eyes.”

“One day you will.” Foster didn’t lose his bad feeling when he accelerated.

2.
As a test pilot, Paul Foster had seen a lot of things. Frequently he’d seen what others thought were bogus. This time he had a camera and he had proof. Laugh at him now, would they? What was that? Behind the proof a stubby vehicle fired and fired again at the spinning ufo. He radioed his wingman. “Did you see that?” The world went red and dark. He awoke in hospital, his proof gone, his friend gone; yet he knew … dammit he knew! There were travelers from another world; there were pursuers; both hostile, hidden, in the shadows.

3.
Straker turned to Foster outside the underground studio. With a glare of his sapphire blue eyes he warned: ‘You know Foster, I could have brought a real pistol today, and I still have no hesitations about ridding myself of a problem.’
He turned and walked toward Harlington-Straker studios and the main entrance.

‘I would imagine so,’ Foster said bitterly, anxiously. ‘So why give me a chance at all?’

‘You’ll find out, all the answers, all the solutions. Oh, and Paul,’ Straker paused and stood looking into his eyes. ‘You aren’t the only one whose life has been ruined by UFOs.’

Foster grinned. His confusion was gone, leaving a clear space for hope, assurance and self-affirmation. He had always believed that the UFOs he had seen before, were not only in his mind. And now he had got the proof.

He looked at the ID-card in his hand. Foster, Paul J. That was him, the former test pilot, now member of a very secret, very mystical defence organisation. Of an organisation with competent officers on the ground, in the air, underwater and even on the surface of the moon. And from now on he was part of this, part of SHADO. 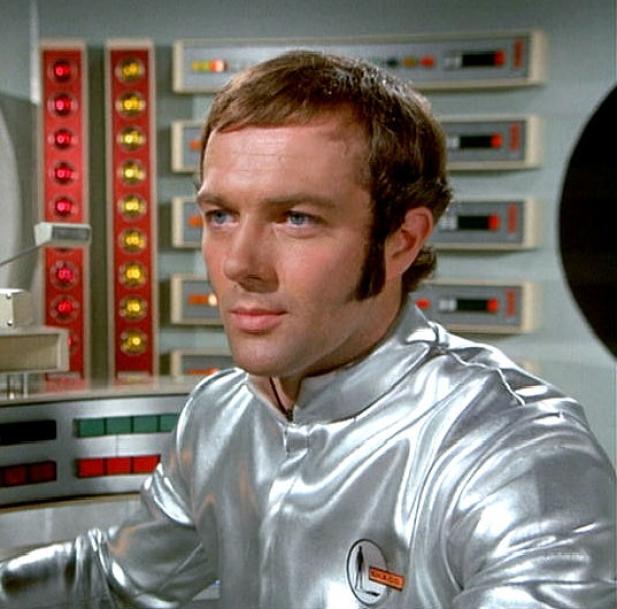