The Lunar Module could be considered as the ‘workhorse’ of SHADO’s space operations. The only craft capable of transporting supplies, equipment and crew to Moonbase, it features in many of the episodes and is a typical product of the design team with its chunky, yet streamlined frame and large cargo compartment. A modelmaker’s delight, and good fun to draw as well!

There are several accounts that purport to give an accurate description of the internal workings of the lunar module, but in reality we only ever see the interior of the cockpit, never the cargo bay or passenger compartment although in ‘Close Up’ we do see three astronauts leave the craft from a starboard airlock to work on the B142 Space Probe. We know that the module must be capable of carrying at least three passengers, as in that episode, Straker arrives together with Foster, Masters and Ford and it is highly unlikely that Masters, Ford or even Straker would act as flight crew. The same goes for Foster, given that he is on the mission to travel out to the probe later.

The passenger space must have been large enough to allow Foster and the others etc to ‘suit up’ for the mission although it is probable that they were, like Craig Collins in ‘The Man Who Came Back’ (although that was not a module that he was piloting) already wearing space suits. 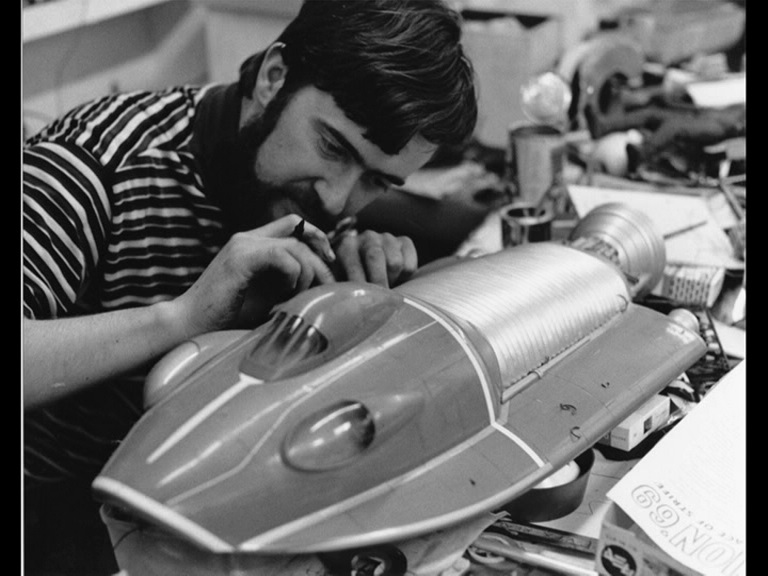