The house looked strangely familiar, the white gate in the fence giving a familiar and welcoming creak as he pushed it open, the path curving around the bole of a heavy tree. He stopped, fearful, his heart pounding now, not from exertion, but dread.

‘Come with me.’ She was there beside him, her fingers on his elbow, guiding him, gentle hands leading him towards the windows with their bright lights and drapes pulled back. He was powerless to do anything other than walk beside her. He knew every step of this path, every uneven slab, the treacherous part where a leaky downspout always left a trail of ice in winter. He knew where he was and yet this was impossible. He did not want to go any further. Not to see …

It was too late. One last step, and he was outside the window looking into the warmth of a family room, seeing a fire burning in the hearth, decorations on the Christmas tree, cards on the mantelpiece. This was not just any family room. He knew what he would see, without even needing to look.  The furniture, the wallpaper, the old mahogany table that was big enough to seat eight, every single part of it. He could even smell vanilla and pine and cinnamon, though that had to be his imagination.

This was his childhood home. He lived here until he went away to school and then to college and university, coming back whenever possible at vacations and furlough to spend time with his family, his only family.

He had been a solitary child, but it was a good childhood for all that, and standing there on the outside, Straker smiled to himself at the memory of his father teaching him to play baseball in the yard, of long companionable fishing trips where they spent more time talking round their camp fire and watching the stars than fishing, of his father’s quiet pride and unashamed tears at Straker’s graduation from Air Force College.

And, of course, his mother. A quiet woman, undemonstrative and shy, but like his father, she encouraged his passion for physics and mathematics and taught him those values that he still held, even today. Persistence, duty, determination. Good values.

They supported him in every way, driving him to the weekly CAP meetings at first, and the longer courses in summer. He still remembered the Christmas Day when he was thirteen, sitting there, hands trembling as he opened their present, the expectant, half-scared look on their faces as if they were worried that he would not appreciate the gift.

Flying lessons. He was unable to speak for excitement. That was so long ago, yet it was the pivotal point of his life. Everything he achieved in the years following that Christmas stemmed from their gift and their encouragement and approval. Would they be there in the living room? But that was ridiculous. How could they be? He bit his lips, afraid that if he saw them, heard them, however impossible all this was, that he would finally break. They may have been elderly parents but they had cherished him, and he had loved them and although he never spoke of his childhood he missed them. He turned away, taking several paces back along the path, desperate to avoid being seen.

‘No.’ Her voice was not kind now nor was it gentle. Determined. Insistent. Just like his mother. She tugged him forward, to stand right outside the window. ‘You need to see this.’

‘Please. Don’t.’ He could feel himself begin to lose all control. He didn’t want to be reminded of that childhood, the joys and the love and his heartbreak when they died. When they left him. His only consolation that they died before John, not suffering that loss as well. But she forced him. With a strength that he could not resist she turned him around so that he looked straight into the room. And they were there. He pushed a sob down, fists clenching.

There was something different about the room when he looked closer. He took a pace forward, and another. This was … all wrong. The tree was a false one, half decorated, the tinsel tatty and askew, a few baubles clinging to branches. A handful of cards on the mantelpiece, that was all. There were usually so many cards from friends that his mother hung them on ribbons on either side of the fireplace and doors.

Straker put a gloved fist on the window, leaning closer, heedless now that he might be seen by the couple inside. His father was sitting on one side of the room, watching the television, a half-empty whisky glass on the small table beside him. He looked shabby and unshaven, hair untidy and in need of cutting, and not just a trim either. As if there was no point in making any effort. His father?

‘Dad?’ It was a mere whisper. He spread his fingers wide on the glass as if that might blot out the view. The table was laid, the Christmas cloth in place. He looked for the poinsettias that his mother had embroidered one year, each scarlet leaf done in hundreds of tiny stitches. He remembered watching her while he sat at the same table doing his homework. And when, after weeks of patient work it was completed, she had taken a small piece of spare fabric and sewn a bookmark for him, with the Moon and the Earth.

He still had it. Somewhere.

The tablecloth – this tablecloth – had one flower, its leaves half finished as if the embroiderer had lost interest, had given up after a few hours work, or had seen no point in continuing. And then he saw there were only two places at the table. Opposite each other, mis-matched glasses beside each setting and paper napkins instead of linen. Unpolished silver.

That was his job at Christmas; polishing the rarely-used knife holders and the napkin rings. It was a family tradition, started when he was five and barely able to bring more than a dull gleam to the silver. But no one had ever commented and over the years, even when he was a Colonel and home for the Christmas break, he still polished the silver while his mother made stuffing and his father chatted about baseball and the garden and his friends at the golf club and poured a single glass of beer for himself. Why had these been left tarnished? Why only two places at the table?

His mother pushed herself out of the chair and walked towards the place where Straker was still standing, his hand flat on the glass as if he wanted to reach into the room. She looked old. Not the old of years, that natural progression of time, white hair, skin wrinkled from laughter and smiles, but a different kind of old. One that comes from boredom and the lack of joy. Perhaps ‘old’ was the wrong word. She looked somehow apathetic as if her life had little meaning and there was no reason to get up in the mornings.

She stood at the table, re-arranging the glasses, the napkins, the tarnished silver, all the while ignoring the man sitting nearby. Moving things from one place to another and back again as if she would never be satisfied with the final placement. The couple had not spoken one word not even acknowledging the presence of the other person in the room. And yet, as a child this house, his home, had been filled with conversation and music and laughter. He leaned forward, banging his forehead on the glass and jerking back, fearful that the couple must have seen him by now. No. Not the couple. His mother. His father.

The girl was there beside him now, looking into the room, her voice full of sadness. ‘You know who they are, Edward. You know this house, those people. This is your home. Your parents, but -‘

‘No,’ he hissed. He didn’t care that she had spoken his name, that she knew who he was. That was unimportant now. It was his turn to grab an elbow and pull her away down the path to stand under the maple tree. He’d learned to climb this tree before he was seven. Fallen out of it more than once. He still had the scar on his ankle. Didn’t he? ‘Those are not them. I know my parents. I … I knew them.’ He pulled out a handkerchief and wiped his eyes, blew his nose, hating her for what she had shown him, and hating his own weakness in letting his emotions out. Tiredness. That was the reason. Nothing else.

‘Believe me Edward. I have no reason to lie to you. This is where you should have lived as a child. Where you should have grown up, and played with your father, been loved and cherished. But that didn’t happen in this world. In this world you have your wish.’ She waved a hand at the house, at the bright window with such misery hiding behind the glass. ‘They had no son to cherish. You were never born. Your mother blamed herself, and then your father. They tried everything, for years, until they lost hope and became bitter, envious of other families, of friends who had children.’

She touched his face with her fingers. A chill touch like ice. ‘It’s time we moved on. There is a lot to do still before we finish.’ She walked away from him into the night and in silence he followed, not knowing where this night would take him, or how it would end, but also knowing that somehow he had started this and he had to see it through, whatever the cost.

He found himself driving once more, the tyres gripping the wet road, his hands tight on the wheel. How long had he been here, driving through the night, the world outside the car a blur of darker shadows and eerie shapes? She only spoke to give him directions. He felt nauseous, feverish and hot. He wiped his forehead with the back of one hand but that was no help.

He could see the two of them in that room, could see with frightening clarity those things he had refused to acknowledge: the shabby wallpaper, the stained carpet, the faded and worn drapes, the half-empty glass of alcohol beside his father, the neglect. He opened the car window for some fresh air, or perhaps because he feared that he might be sick, but the cold was bitter, stinging his face, and he closed it and drove on into the night, endless mile after endless mile it seemed, white lines on the road flashing past.

He glanced at her once. She was sitting there, hands once more folded in her lap, the expression on her face unfathomable. He caught sight of his own face in the mirror. Gaunt and white. The face of an old man. Or perhaps a ghost. He averted his gaze and drove on. 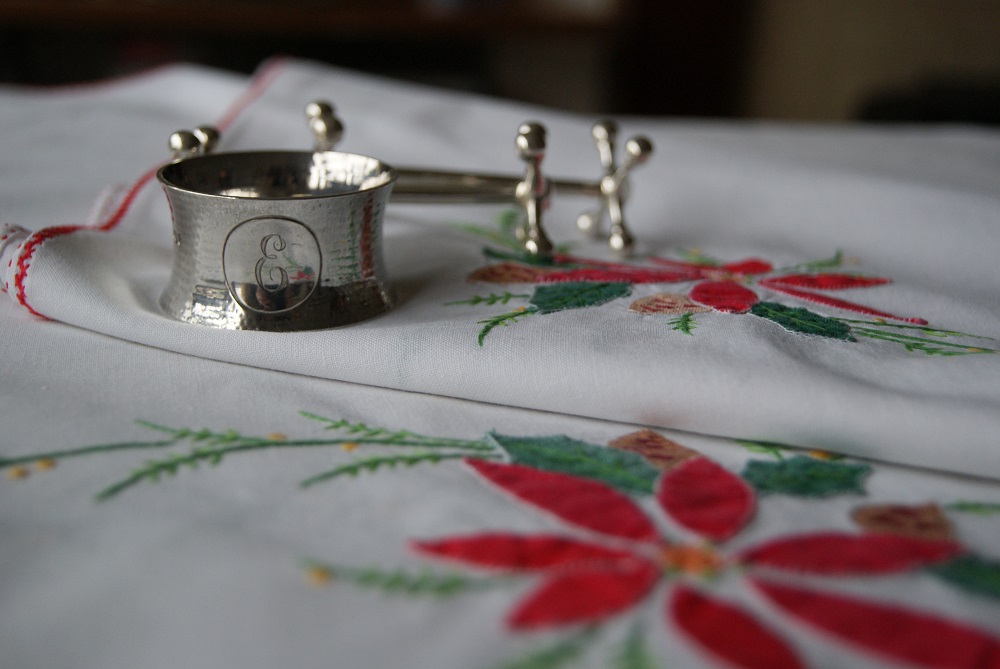