Last year, Film Bridge International updated their webpage confirming that the much awaited UFO  film was ‘in development’ (which meant very little really).

In 2012 they posted: FBI recently announced a relationship with New Deal Studios, the company responsible for the extraordinary visual effects in many of Hollywood’s biggest films including “Inception,” “Hugo,” and “The Dark Knight.” Together, the companies have announced the production of two major motion pictures. The first to begin production in Autumn, 2012 is “Claustrophobic” a science fiction thriller set 200 years in the future. Next is “UFO,” based on the television series from UK broadcaster, ITV. “UFO” will begin production first quarter 2013.

The page (updated earlier in 2015) now reads : FBI is also partnered with New Deal Studios, the creative team responsible for the extraordinary visual effects in many of Hollywood’s biggest films including INCEPTION, HUGO, THE DARK KNIGHT, and INTERSTELLAR. Together, FBI and New Deal Studios have announced the production of two major motion pictures. The first is CLAUSTROPHOBIC, a science-fiction thriller set 200 years in the future. Next is UFO, based on the hit television series from UK broadcaster ITV.

Seems like UFO is being steadily pushed aside, and although it is listed on the ‘In Production’ page, the film itself is listed as being ‘In Development’  so it appears that we are still no further forward with the film.

The company has, so far, not responded to any requests for information but the mention of ‘UFO’ in the updated site still gives us some (slight)  light at the end of a long dark tunnel. Time will tell. As someone might say:

‘A film. Without any release date in sight.

A symbol of human expectation.

The long finger of anticipation, stretching across a billion miles of space.

Is this the end or the beginning of our hopes?

Where does the ‘in-development’ end?

Where does the ‘in-production’ begin?’

More serious questions might be: Will this be another straight to DVD travesty like Thunderbirds 2004? Will it be a slick, CGI action movie that bears virtually no resemblance to the dark psychological UFO that we all loved? Will Paul Foster be the lead man? (Please ..NO!) Who will play Ed Straker and Alec Freeman (who cares about Virginia Lake!) And finally: will there be purple wigs, tight silver uniforms, chutes for the Interceptor pilots, Nehru suits, cars with gull-wing doors, fabulous music in the style of Barry Gray, skydivers and mobiles and above all a decent plot that retains the spirit of the original series. 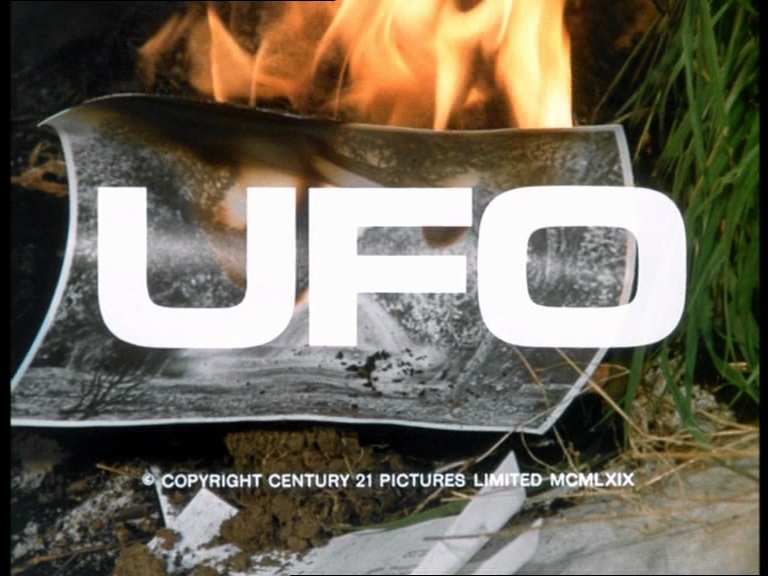