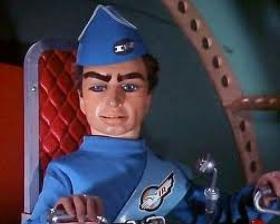 As his seat slowly switched back into the horizontal position, Scott found himself breathing in deeply as he coaxed more and more speed out of his ‘bird. He knew he had a few moments before chaos flurried back into life once more. But it was these few moments, where all was still, that gave the man the moment of calm he needed. In a couple of moments, Virgil would have launched, probably alongside one of their younger brothers, and would be calling in for timings, assistance, whatever else the more artistic of the Tracy brothers needed. And Scott would respond. He always did. No matter what any of them needed, he was on hand, flying to his brothers rescues as much as he did for the rest of the world. It was his duty, as both their big brother and field commander. He knew that in order to have an effective team, he needed to know what was going on with them, if there was anything that could potentially affect their performance at a rescue. But it was more than that, far deeper.

He had always taken their problems, made a show of screwing them up and chucking them over his shoulder, dismissing their irrational fears, soothing the frightened cries, long before International Rescue was set up. Looking out for his four younger siblings defined who he was, and Scott knew that it would continue to do so for the rest of his life.

But for now, for these few precious moments, the only role he had was the one he had chosen for himself. He wasn’t the field commander of International Rescue, his father’s dream. He wasn’t on his way to a rescue that could potentially – if it wasn’t already – be costing people their lives, their only hope relying on the machinery the mysterious organisation produced and their secretive operatives. He wasn’t Scott Tracy out there; he was just the faceless rescuer, the one who had the job of informing people whether their loved ones were safe. Or, as some cases dictated, not. He would never let any of his brothers do that job, he knew they felt each loss personally as it was, there was no way he could make them be the ones inform someone that their family had been torn apart. A raw emotion Scott could still feel all too well.

He still felt the pain of a family member being lost, something he wasn’t sure the rest of them did. That was why it had to be him that delivered the news. He knew, really knew, what impact those words were about to have. But for now, he didn’t have the responsibility of other people’s lives in his hands, his decisions dictating whether they live or not.

He wasn’t even a big brother in these few precious moments. A role that he loved, but once again, had been picked out for him. He wouldn’t change it for the world, but it was always nice when he could escape for these moments. He didn’t have to worry whether they had put through enough communications to Thunderbird Five and make sure that John was not feeling left out, forgotten about, even abandoned. He didn’t have to reassure Virgil after a piece that sounded like perfection to Scott’s untrained ears had apparently gone wrong. He didn’t even have to check above doorways to make sure that Gordon hadn’t set something up to catch one of them out. Or calm Alan down after the hot-headed Tracy had clashed with their father once more. No, in these precious few moments, he wasn’t a brother.

He wasn’t even in a son, despite the fact that it was his father’s machine that he was flying. He knew that if it wasn’t for his father, he may have never even contemplated the dream role he was able to experience in these brief few moments. He would have never been given the opportunity to live out that dream if it wasn’t for the man. Something that he was more than aware of, even as he gently navigated his craft over slightly trickier terrain. It was his father that had encouraged him to go for what it was he wanted him, supporting him every step of the way as he lived out that dream. And it was his father that had encouraged him to give up that same dream, persuading him to swap it for a bigger one, a better one. Scott had never regretted for a second leaving the Air Force in order to do what he did now, not even in these few moments.

For it was in these few, precious moments that the only role he wanted was granted to him. No more, and no less. He wasn’t a commander, wasn’t a brother, wasn’t a son. For in these few moments, he was a pilot. The machine responding to every touch of his finger tips, almost reacting to his very thoughts as he spun her gracefully through the sky, shooting forward with a roar of an engine and a rush of adrenaline. He had always wanted to fly, more than anything. He wanted to soar above everyone else, watching over them, keeping an eye on things as he glided elegantly through the sky. The family jets had given him that taste of freedom, even if he technically shouldn’t have been in it on the very first time. And then he had chosen, and followed through, with his career in the Air Force, allowing him the chance to fly the very planes he had spent his life dreaming about.

And now this? There was no way anything could compared to the sheer exhilaration he felt whenever he was flying Thunderbird One. For these few moments, he was in the role that hadn’t been picked out for him by anyone other than himself.

Activating his screen, Scott knew his few moments were over. His other roles once more called at him, the rest of the world defining who he was again. But as he brought back a gloved hand and caused the fastest craft the world had ever seen react to his gentle touch; he knew that it didn’t matter. For if he wasn’t a commander, a brother and a son, Scott was not sure he would be a pilot either. He may have only chosen one of the roles he was forced to play out, he may only gain a few precious moments of being in that role without the call of duty pulling him away. But Virgil could no more pick his role than his big brother could. Nor could any of the rest of the family. In all honesty, who really had the choice of what role they played?

Responding to his brother’s call, Scott was just thankful that he still had those few moments to be the pilot he had always wanted to be, reminding him that he still was the one in control of his life, no matter what.

This article has 3 Comments