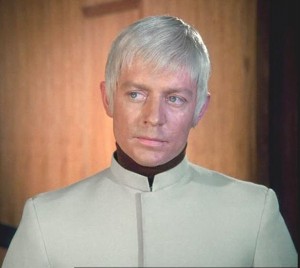 I have a persistent problem that reoccurs every year at this time. It is a cause of great stress and I end up spending far too money in an attempt to solve the situation. I really need some advice, especially as the situation reoccurs at the end of December. (I HATE buying birthday and Christmas gifts for my husband. ) Can you perhaps tell me what sort of things YOU would like as a birthday present? At least that might give me some ideas!

Dr Jackson is still confined to working in McMurdo Sound for the foreseeable future. However I have asked various members of the staff what they would like to receive and these are some of the answers.

Colonel Freeman: A weekend trip to Islay touring the whisky distilleries (make that a week instead.) A cashmere sweater (several cashmere sweaters actually, so I don’t have to wear these cruddy uniform ones).

Personally I would be quite happy with a new briefcase as my current one is at least ten years old and is not really big enough to carry my sandwiches for lunch.

My boss has indicated, in the most subtle manner possible, that he has more than a passing interest in me. I am incredibly flattered as he is considered to be the ultimate catch and I always thought he was way out of my league. We have shared a cup of coffee recently and he gave me a look. You know the sort of look.

He has offered to pick me up next week when I get back from a work trip. What should I do? Invite him round to my place for a drink? And what should I wear? Something seductive?

I doubt very much if either you or your boss will have time to spare in idle activities such as seduction on your return. And should you decide to attempt any such act whilst he is driving then be aware that this nullifies the terms of the vehicle insurance provided by SHADO. Should any incident occur during this seduction, then you would be held responsible for any and all damage that occurred.

As for clothes. Please ensure that all blouses are fastened to within two buttons of the top button. SHADO uniform requirements state categorically that any cleavage on display must be less than one inch in depth.

The above rules do not apply to male members of staff.